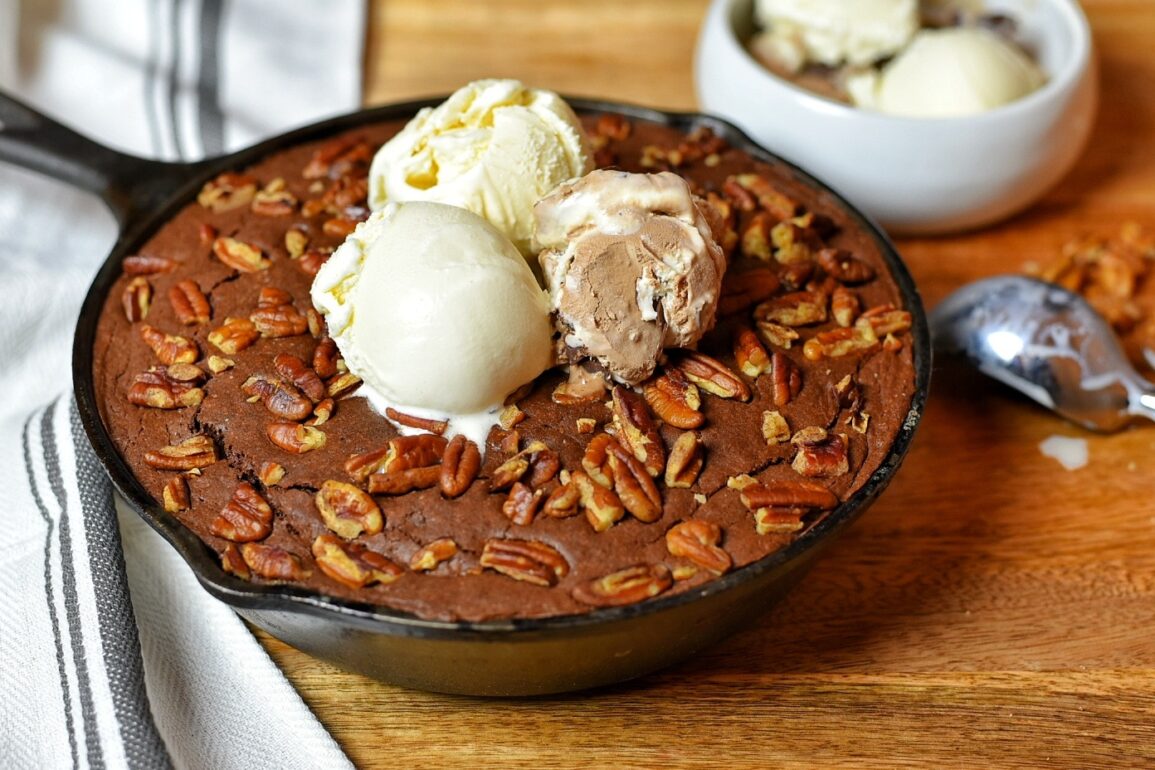 Double Chocolate Skillet Brownie (made in a cast-iron skillet) results in a seriously moist and decadent brownie with chewy edges and a gooey center!

Raise your hand if you justify eating as much dark chocolate as you want due to the stated health benefit it brings? I too will use just about any reason to indulge in anything chocolate so don’t feel too bad. 🙂

And if you’re going to indulge, then brownies are probably high on your list. My version, called the Double Chocolate Skillet Brownie, is made in a mini cast iron skillet (paid link). It has quickly become a family favorite! When chocolate is the answer who cares what the question is!

The resulting texture is a mix between cake and fudge — that is slightly enhanced by pecans. Of course, feel free to switch out the pecans for other alternatives like walnuts.

This cast iron chocolate skillet brownie, served with ice cream, of course, can make any cloudy day seem like sunshine. Since doctors say dark chocolate has health benefits we will just go with that. This dessert doesn’t even require plates – spoons only!

Here are a few more desserts you might enjoy:

Double Chocolate Skillet Brownie (made in a cast-iron skillet) results in a seriously moist and decadent brownie with chewy edges and a gooey center! 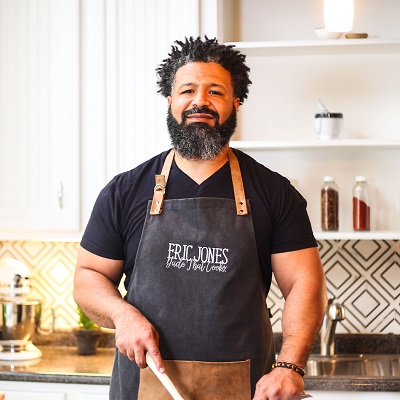 You Gotta Eat This! 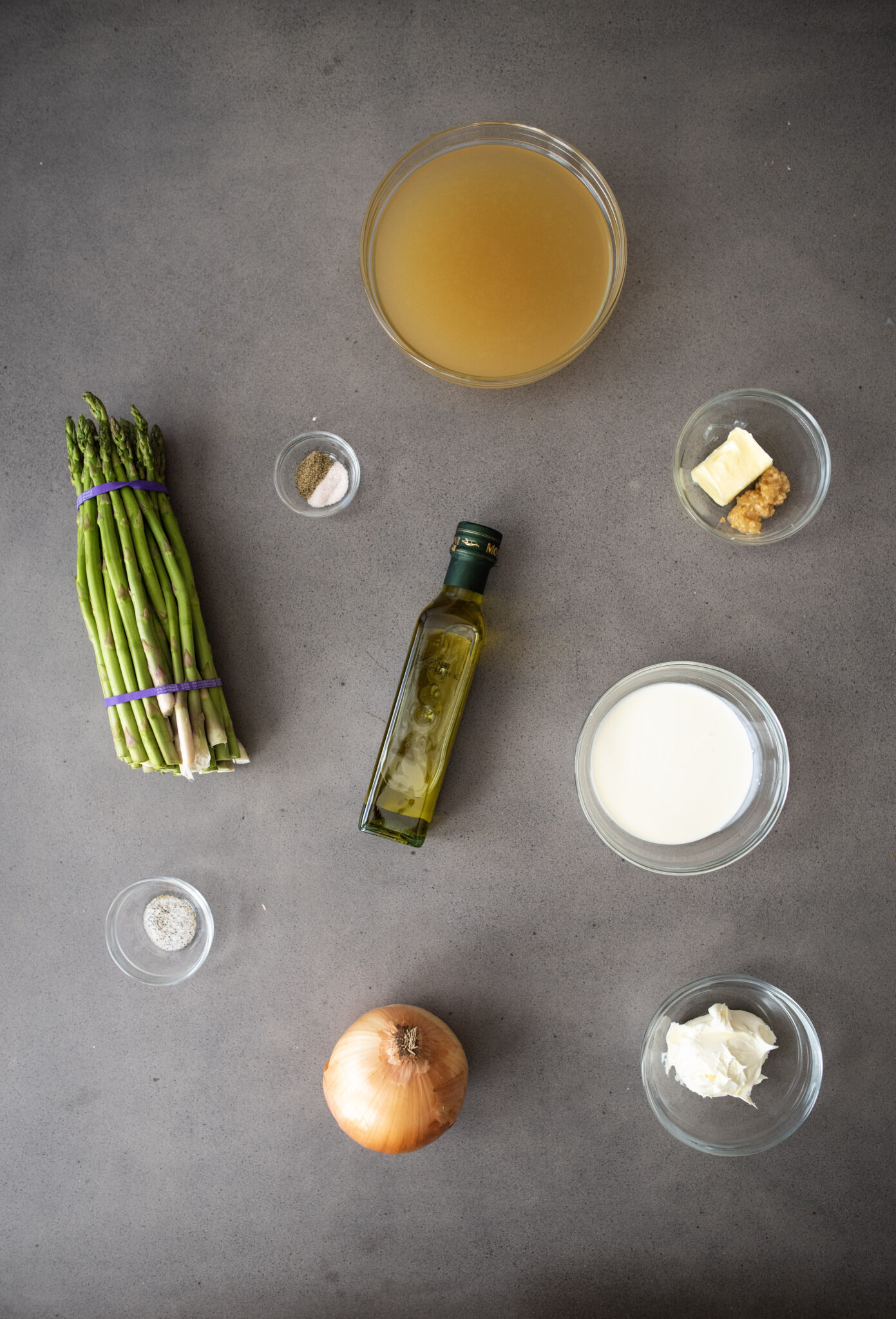