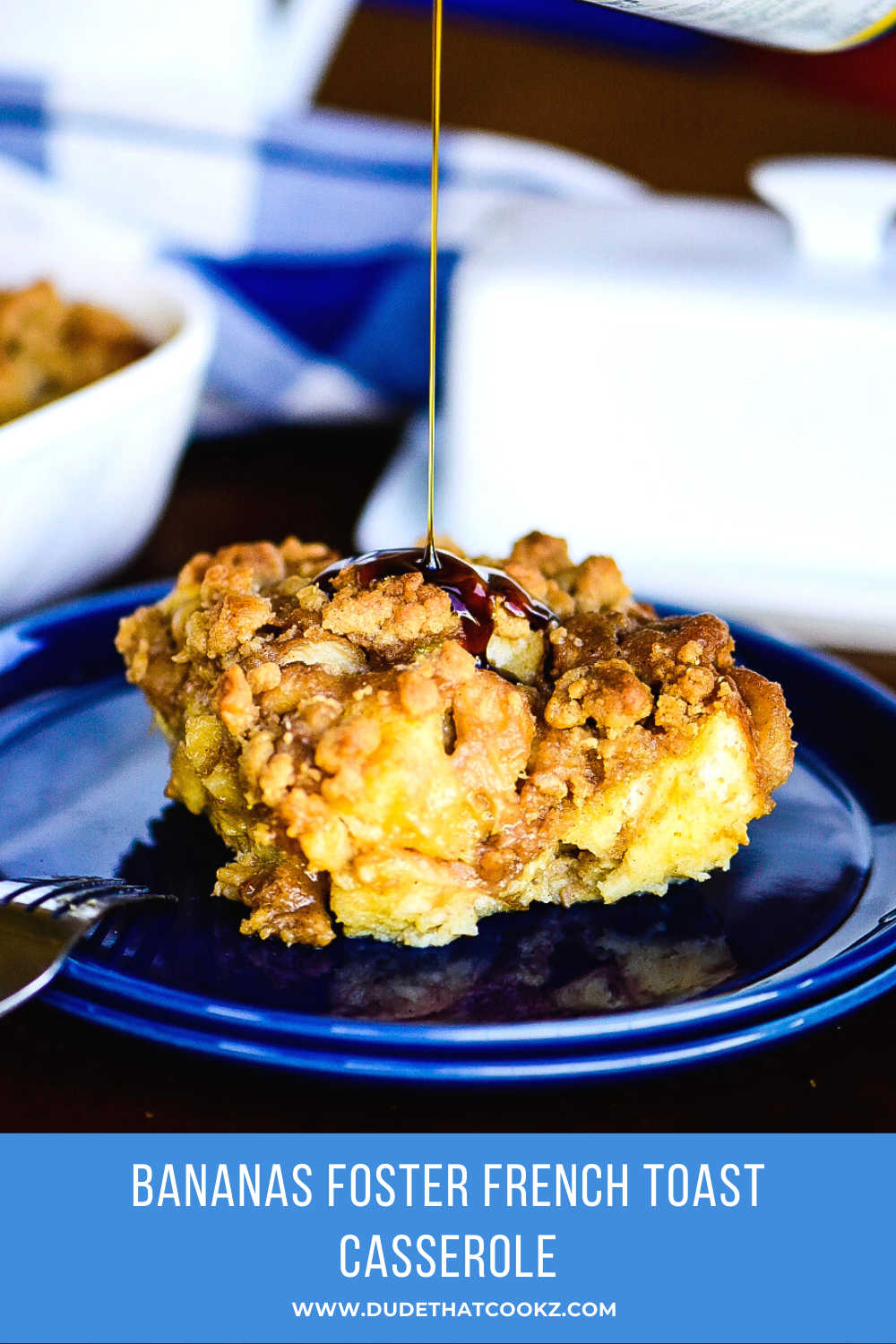 This Bananas Foster French Toast Casserole is dangerously delicious for anyone who loves french toast. Just imagine traditional french toast layered with caramelized bananas, topped with a brown sugar crumble, and baked to perfection. Sounds like my kind of brunch!

Being from southern Louisiana I am very familiar with Bananas Foster. This traditional New Orleans dessert created in 1951, takes bananas and flambes them in butter, brown sugar, cinnamon, rum, and banana liqueur — and let’s not forget the dollop of vanilla ice cream. I still crave this dessert every time I visit home.

Although you would typically include rum in any recipe named “bananas foster”, I excluded it from this recipe. Since any alcohol is burned away during the cooking process, it wouldn’t be harmful if you added it in. However, I just wanted to make this recipe a little more family-friendly for those who shy away from recipes that contain alcohol.

There seems to always be a debate between pancake and waffle lovers, but french toast can almost be placed in a category of its own. It is actually one of first breakfast dishes I learned to make as a kid in the kitchen with my mom and I still feel like a kid when preparing it myself.

French toast is typically made with a buttery bread loaf dipped in egg, milk, cinnamon and sugar. And this recipes stays true that technique.

But taking french toast a step further, I wanted to figure out a way to incorporate both Bananas Foster and French Toast in a way that almost reminded me of bread pudding. And that’s how I came up with this idea.

How to make French Toast Casserole:

You’ll begin this process by cutting the French bread loaf into cubes.

Note: This casserole version uses french bread loaf which is why the soaking process (a later step) is important. Unlike using brioche or regular white bread, French bread loaf may not be as soft.

In a large bowl, add eggs, heavy whipping cream, sugar, brown sugar, evaporated milk, vanilla extract and cinnamon then whisk (paid link) until smooth. Place this to the side once done so you can start on your bananas foster sauce.

For the Bananas Foster , pre-heat your cooking pan to medium heat then add butter. Once the butter melts, add brown sugar and sugar and stir while cooking until it begins to caramelize. Slice your bananas and add to the same pan along with cinnamon. Immediately add your whipping cream.

You’ll start to see the sauce come together with creamy texture. Remove the sauce from the heat and slowly stir in the vanilla extract. Now it’s time to start layering your casserole.

In the baking pan, add a layer of the cubed French bread then top it off with egg mixture. Pour half of the Bananas Foster sauce over this layer. Next, layer everything again repeating the same steps (bread, bananas foster, egg mixture).

Once everything is in the baking pan slightly push the ingredients ensuring all bread is completely covered and soaked. Cover and refrigerate for 2 to 4 hours.

When it’s ready for the oven, you’ll want to prepare your brown sugar crumble. Add the flour, cinnamon, brown sugar and butter into a bowl and mix together with a large fork. You are looking for a crumbly texture here, so add additional flour (1 tablespoon at a time) until it reaches this point.

Spread the crumble mixture evenly over the top and bake this dish at 350 degrees for 50 minutes. You can decrease the cooking time in 5 minute increments for a more “wet” texture. I prefer my french toast more firm, so 50 minutes works perfectly.

Once you remove this from the oven you can serve with your favorite syrup to enjoy. I grew up with the old school pure cane syrup and this recipe pairs very well with that type. Quite honestly, I found is great without adding any syrup.

When you want to make a big impression on the family for breakfast time give this Bananas Foster French Toast Casserole a spot on your breakfast table and you will not be disappointed. This breakfast item is not only great for breakfast, but also as late night dessert. 🙂

Looking for another pancake idea? Try out my Sweet Potato Pancakes and Light & Fluffy Lemon Ricotta Pancakes too!

For the Bananas Foster Sauce:

For the Crumble Topping: 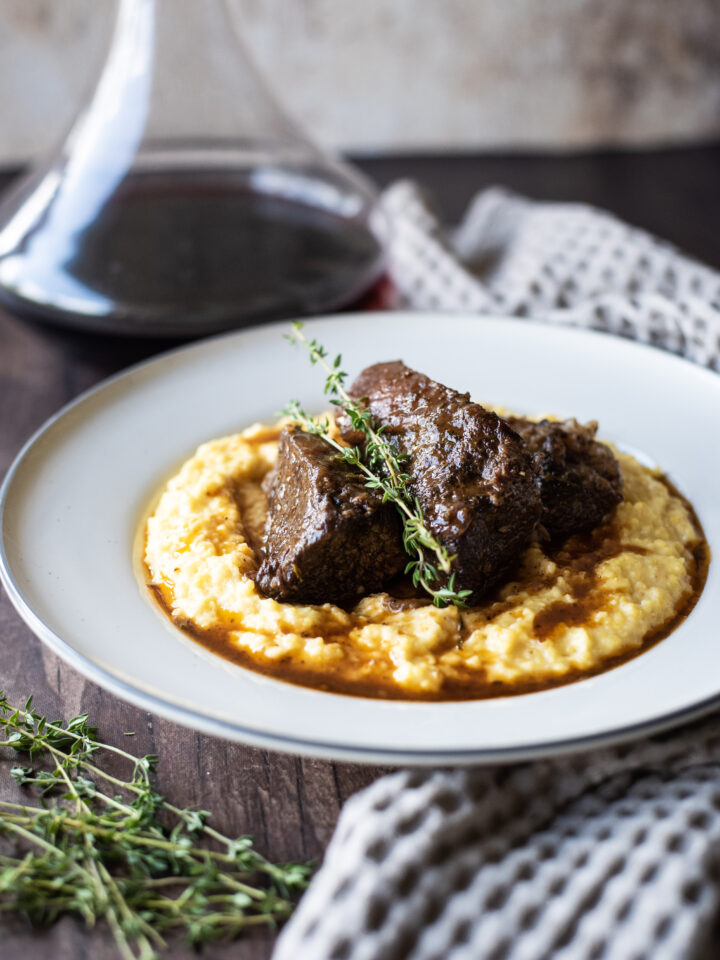 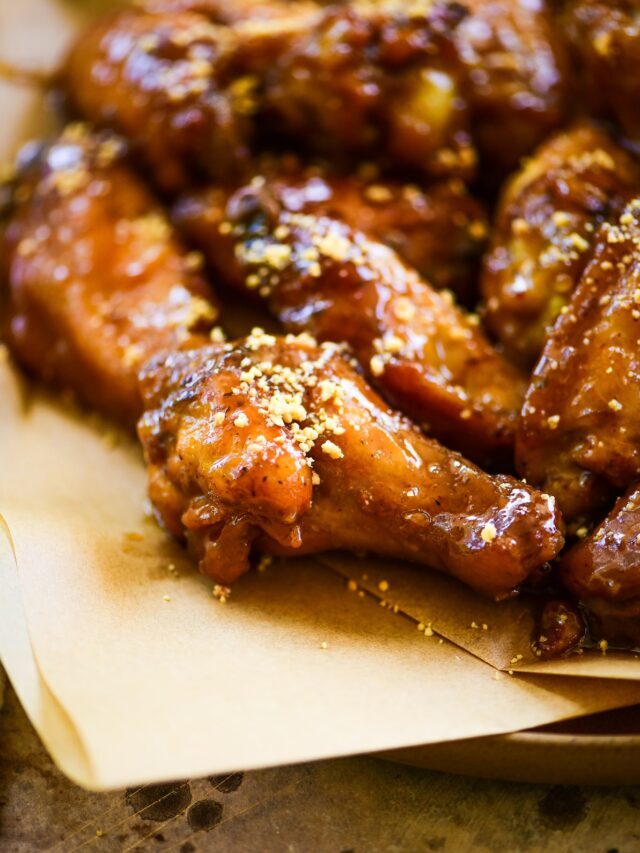